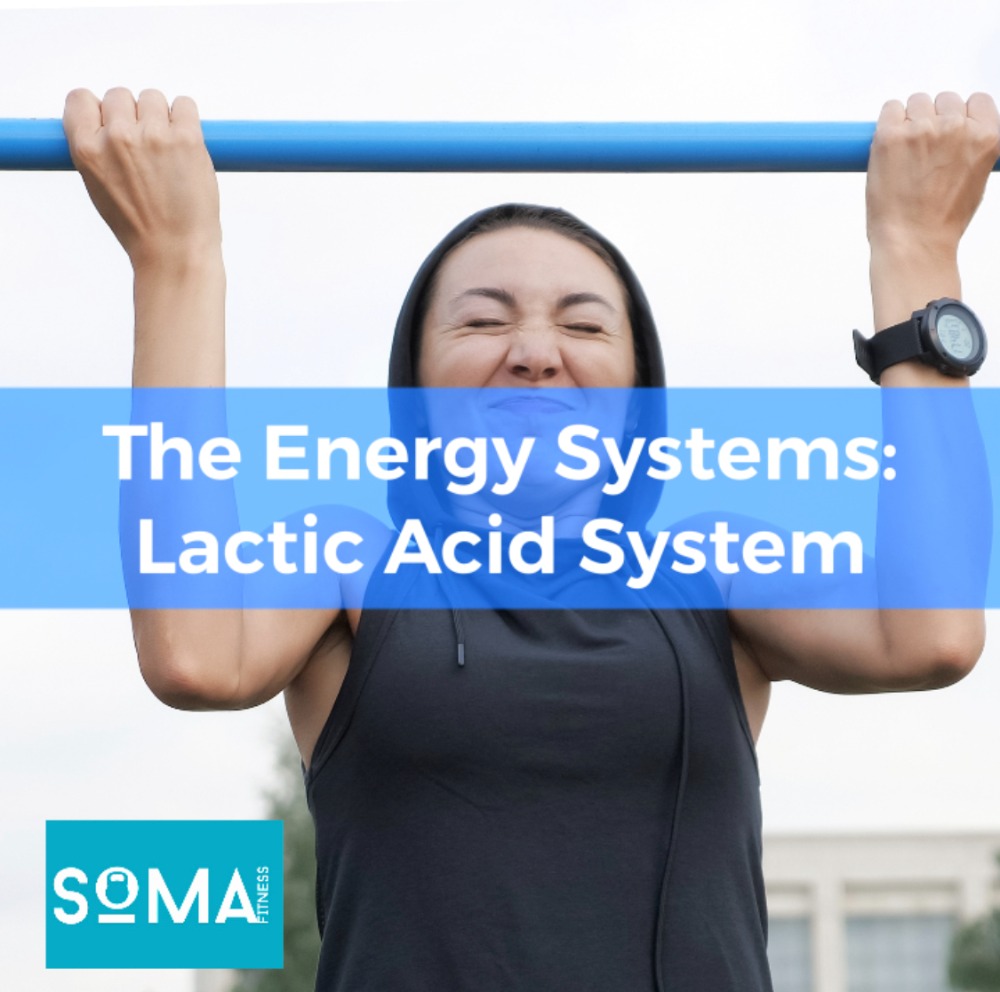 This article will go more in-depth about the Lactic Acid Energy System and also how you can focus you’re training to improve its efficiency to further benefit your performance in the gym.

The name Lactic Acid Energy System derives its name from the fact that the by-product lactate is produced when this energy system is predominant. This system uses only carbohydrates as its fuel source to, like every energy system, produce energy in the form of ATP for muscular contraction. It does this by a process called anaerobic glycolysis. Anaerobic means without the use of oxygen and glycolysis is a series of reactions that extract energy (ATP) from glucose (a carbohydrate).

The lactic energy system produces ATP quickly, which is why it is the predominant energy system for exercise between 30 seconds and 3 minutes, depending on intensity and the person’s fitness level who is exercising. It yields 2 molecules of ATP for every molecule of glucose broken down.

However, the build-up of the by-products of this energy system causes fatigue. This cause of fatigue is due to the build-up of pyruvic acid in the muscle. Pyruvic acid is made up of two molecules; pyruvate and a hydrogen ion (H+). Without oxygen, the body converts the pyruvate and two H+ to lactate. This helps to reduce the acidity of the muscle and allows anaerobic glycolysis to last longer, as the lactate is removed from the muscle and taken to the liver where it is converted to a useful fuel source such as glucose. However, in continued high intensity activity the lactate cannot be removed fast enough, which results in a buildup of pyruvic acid. It is specifically the buildup of the H+ within the muscle that causes fatigue. It does this by increasing the acidity of the muscle and causing the enzymes needed for anaerobic glycolysis to slow down.

To apply this to athletic performance and the gym, we have to acknowledge that any working set or event lasting between 30 seconds to 3 minutes will primarily be using the lactic acid energy system. In sport, this would include events such as the 400m and 800m. In the gym, any sets 12 or more reps or circuit training for working sets within the duration mentioned. Therefore, to become better at these events, we must know how to train this system effectively.

We have established that our working sets need to be between 30 seconds and 3 minutes, but ideally less than 3 minutes when training though as 3 minutes using the lactic acid energy system would be an all-out effort, taking a lot of time to recover from. However, how long should our recovery intervals be? The process of recovery once fatigue has occurred requires oxygen. Pyruvic acid in the presence of oxygen will be converted to acetyl coenzyme A, which is then broken down through the Krebs cycle to produce more ATP. Without oxygen, it is converted to lactate and removed from the muscle and taken to the liver to be converted into glucose. Full recovery can take anywhere between 30min and 60 min. Although, to train this energy system we do not want to fully recover, we want to recover just enough so that we can do another rep whereby this energy system is predominant. For this, a work to rest ratio of 1:1 is recommended. To give an example, if you are training this system to improve 800m performance, then a session consisting of 3-10 45-second-high intensity running intervals with 45 seconds rest in between would be enough to stimulate improvement of this energy system.

Adaptations to this type of training include an improved tolerance to lactic acid, as well as the ability to buffer the amount of lactic acid produced. Thereby, allowing you to perform at a high intensity for a longer period of time before the event becomes too painful to continue at that sustained intensity. One way to improve lactic acid buffering besides from training alone is the supplementation of beta alanine. Beta-alanine supplementation increases carnosine levels which, simply put, helps your muscles reduce their acidity levels during exercise, thereby reducing pain. It is recommended that to see these benefits to performance, 2-5 grams is taken daily. 500g of Beta Alanine can typically be bought for 40 pounds. Therefore, at 40p per serving it is a relatively cheap supplement. Caffeine has also been shown to reduce perceived exertion during endurance performance. For these effects, 3-9mg per kg of bodyweight is recommended 1 hour prior to performance. For a 70kg person, a dose between 210mg and 630mg is recommended. However, tolerance can build quickly and if taken less than 6 hours before sleeping, can be detrimental to sleep quality, so it is worth being selective on when using it.

Overall, I hope this article has been insightful as to how you can improve the efficiency of your lactic acid energy system and how you can apply this knowledge to your own training to benefit your performance.